Remodel Or Don’t Remodel, That Is The Question - Tim Freund

Remodel Or Don’t Remodel, That Is The Question

Remodel Or Don’t Remodel, That Is The Question

Let me begin by saying I have just about finished an exhaustive 3 month remodel.  Remodeling is a challenge and frankly, you’re probably better selling and buying a new home already updated– just sayin’, it’s tough. 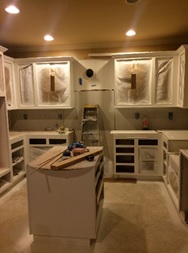 (sellers take note, fix your place up and buyers will want it way more…)  What did I do?  New floors, baseboards, doors, window sills and wainscot; built ins, carpet and paint, kitchen cabinets, counters and appliances, lighting.  Well the lighting isn’t done yet, but you get the idea.  Mostly first floor.  I think Shakespeare himself would have a hard time defining my experience.  Romance, tragedy, comedy…  Because of this endeavor, I have several new appreciations and observations to share.

The first thing you need to know is that if you are going to remodel, don’t live in the home while you do it.  Pack everything up and find a place to take you, your family and your pets.  Pay for packing and storage before one person sets foot in your home.  Here’s what happens if you don’t:  You will spend the next however many months living in filth.  You’ll destroy or throw out many of your favorite things because they will be uncleanable.  You’ll be lucky if you don’t get divorced or arrested for going “Postal” on anyone of a number of people.  So to be clear, remodeling is dirty business.  The dust is beyond anything you ever thought possible and living through in it, nearly impossible.  Yet everyone thinks they can handle it.  I know I did…

The second thing is, hire a licensed general contractor.  You want someone who is accountable and overseeing everything.  Understand however that even in doing so, you will still be making tons of decisions (remodeling is the land of 1000 decisions) and mistakes are part of construction no matter how well you plan or how good your contractor but it will cost more money… that is, so long as you don’t count the money you lose by not being at work and making the money you normally would make during that time.  You have to understand that remodeling is not just about money and decisions, but about time.  Remodeling is extremely time intensive and stressful which eats even more time in lost productivity and without a contractor, you better count on being at home all the time.  I speak from experience because I chose to general my job myself (I help all my clients get their home together to sell, so I figured, of course I can general my job.  Nothing to it… Ha!)  As a result, there are still several items that aren’t done and there’s no one to get them done other than me.  Moreover, the money that you’ll be paying a plumber or electrician etc., is much more than what a general contractor will pay for the same job and those “retail” costs for labor add up really fast.  Believe me there are no savings there.

Third, it costs so much more than you can even imagine.  (Memo to buyers: upgrades are worth every penny because you don’t want to have to do them yourself!)  The adage that it will cost 20% higher is not true, it’s more like 30%+.  Why?  Because you change things as you go along.  I’m speaking of course of change orders, of which there will be plenty.  There will be opportunities presented to you during your remodel that are “Do it now or forever hold your peace.”  And there’s no, “I can always do it later.”  There is no later.  Oh, you’re skeptical are you?  Ok you need an example, how about this:  you’re putting in new flooring and you’ve already decided that you’ll put in new baseboards.  But what about the baseboards upstairs or in the room or rooms, you aren’t touching? 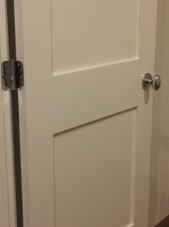 Are you really going to bring back a contractor later once you realize that the old ones look terrible when compared to the new ones? Moreover, that it will never be cheaper than right there and then?  The cabinet man that was working on my kitchen got a call from the job he’d just finished.  The job was in Beverly Hills which is a pain to get to even when you live in Beverly Hills.  The owner had been unable to decide if he wanted dividers in his kitchen drawers.  The job is otherwise done when of course he realizes that he needs dividers.  So he calls the cabinet man who tells him it will cost $800.  “$800???” the owner screams, for dividers?  The cabinet man explains that since he is no longer on the job, he has to come and measure which means 1.5 hours in the car each way.  Then has to get the material, cut it, drive back to install on another day so that’s three days.  Had he been asked while he was there anyway, maybe $150.  I hadn’t planned on putting in new entry doors, but once the trim and casing went in, I realized that the old door looked like dreck and I needed new doors.  I got the doors on sale, just $1,800.  But then I needed hardware: $750.  Then they had to be hung, never cheaper since the guy was there already, there’s another several hundred and oh yeah they need to be painted and stained, $800 more.  The decision in was never cheaper but wasn’t cheap: total cost $4,000… uh, that wasn’t in the budget…  Those types of questions and opportunities arise throughout the entire process.  Delay and you’ll pay way more down the line or you just live with it.

The fourth thing:  Resist the temptation to buy everything cheaper on line.  First if it’s wrong, and it will be, you’ve got re-box and ship it back.  This costs both time and money.  Second, it may look great on the Restoration Hardware or some such sight, but it’s very probably poorly made overseas and too expensive to pack and return.  Plus, the contractor or trade hired to install it has to sit and read the instructions since it’s not something he regularly uses.  Can you hear that?  It’s the sound of the dollar meter running in the background while your guys sits and tries to figure out what the heck you bought and how it gets put together.  Think doll house assemblage on Christmas eve only you’re paying some guy $185 to figure it out.

The fifth thing: perfection doesn’t exist in construction, not on most budgets anyway.  My wife has a friend, The Switchplate Lady (www.swithcplatelady.com) who paints outlets and switchplates to look exactly like the stone or wood they are attached to.  She’s truly amazing and an incredible artist.  As you can imagine for such work, the Switchplate Lady (aka Sandy Brodsky) works Malibu and Brentwood, Beverly Hills and San Marino, Lake Sherwood and Palos Verdes. 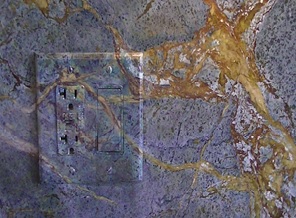 In other words, mega mansions in 7, 8 and 9 figure range.  One such mansion for example, took up an entire city block of Brentwood!  In these homes, a cleaning crew sweeps and dusts behind the workers.  No worker is setting a paint thinner can on the new carpet and they don’t just brush sawdust onto your new wood floors.  If a miter joint is off by a quarter inch, it gets torn out and redone.  On most remodel budgets however, that quarter inch gets you a shrug of the shoulders and a “Well no material is perfect,” kind of talk.  Disappointment is part of remodeling and perfection simply doesn’t exist, no matter ow talented your contractor.  Oh and your floors get scratched, things get broken, paint gets splattered, not everything fits together as it should and no matter how much time you thought it was going to take, it takes significantly longer.

My story is not unusual, in fact it’s downright common.  As you can see, the decision to remodel is not one to be taken lightly.  So when your parents or friends or Realtor tells you, “you can always remodel that after you move in,” be very careful and remember remodeling takes time, money, a lot of patience not to mention very strong relationship.  So if you’re home shopping and see a home that needs work and another more expensive one that doesn’t, don’t forget my story and buy the more expensive one.  If you just love your home and it’s time to remodel, then move out, hunker down.  “It’s a lot like giving birth,” people say… to an elephant maybe.

First time here? Welcome!
Just a few more details to get you started.
Skip to toolbar